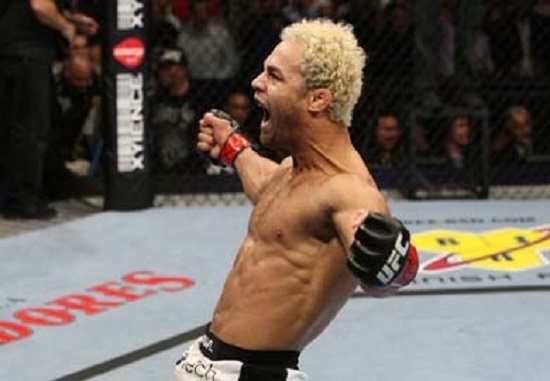 UFC officials have announced the long-awaited return of former welterweight title-challenger, Josh Koscheck, and it’s not against Neil Magny.

According to a report coming out of the Daily News, Josh Koscheck vs. Jake Ellenberger has been added to UFC 184.

UFC 184 goes down on February 28 from the Staples Center, in Los Angeles. The pay-per-view event features a main event between Chris Weidman and Vitor Belfort, and a co-main event between Ronda Rousey and Cat Zingano.

The 37-year old Koscheck comes into the fight on the heels of a three-fight losing skid (Woodley, Lawler, Hendricks). He will also bring in a 15-month layoff come fight night.

The stacked event is shaping up as follows: