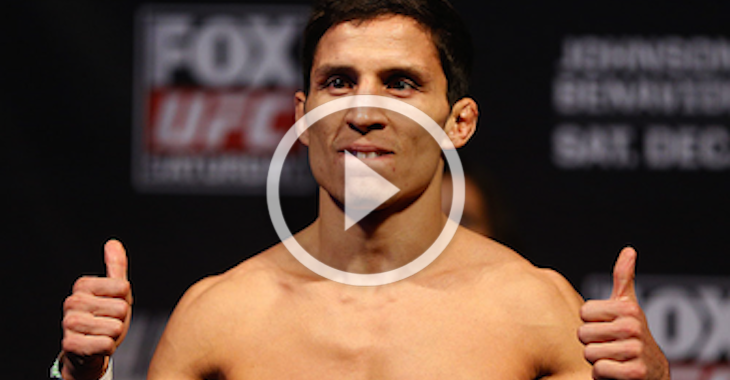 Benavidez helped co-host Tuesday nights episode of Stud Show Radio and gave his thoughts on one of the big topics currently in MMA. It seems a new opinion makes the news every day when it comes to the Reebok deal with the UFC. Fighters have been pretty vocal about the amount of money they are losing because of it. Just recently a top prospect signed with Bellator over the UFC and sighted sponsorships freedom as one of the reasons.

Benavidez didn’t bash the deal but did say it’s easy to see why so many fighters feel negatively about it. Check out what he had to say.

“Well I understand the reason a lot of fighters are mad,” said Benavidez, “because a lot of them are losing money. Like some guys were making more money and now they’re making less. So that’s easy to understand. I just think in general, the sports still evolving and there’s always going to be, like in any sport, changes. Changes are going to be made and some people are going to suffer before everything can be as good as it can be.”

“It sucks right now, but I think moving forward it’s the right thing to do.”