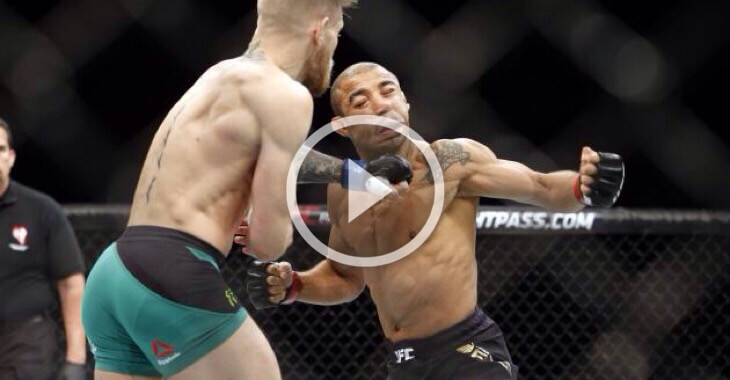 Seconds into the first round, Jose Aldo was the recipient of a brutal counter left that dropped the champion.  Conor McGregor threw some hammer fists on the fallen champion as his corner looks on in shock and disbelief.

Will the former champ take an immediate rematch or will McGregor work his magic with Dana and have the UFC allow him not to vacate his featherweight belt and challenge dos Anjos for the lightweight strap, becoming only the third fighter in history to carry titles in two divisions.