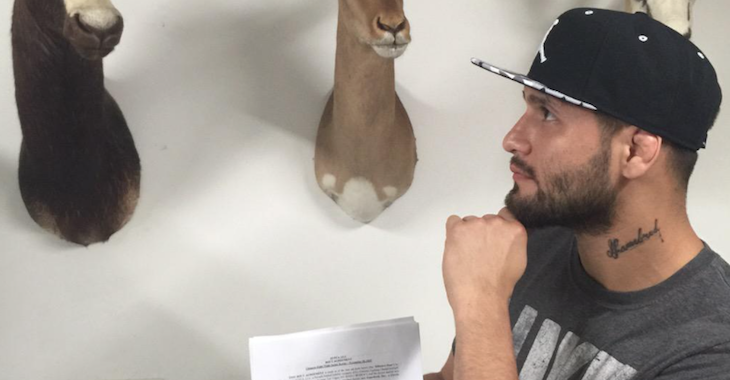 UFC fighter Jorge Masvidal has signed his next fight contract, but who’s he meeting in the octagon this time?

Masvidal had some fun with fans and took to Twitter to share a picture of him holding what looks like a fight contract and the caption: “Who’s #head is going on the mantle next? #fightsigned #ufc #gamebred”

Masvidal’s last fight was his return to the welterweight division and he came back to 170 with a bang, knocking out Cezar Ferreira in the first round. It’s assumed that he will be staying at the higher weight, but nothing’s official.

Who would you like to see Masvidal fight next??