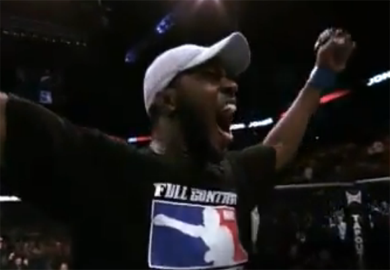 “Money had nothing to do with it. It really just had to do with just getting over this chapter in my career. I’m trying to move forward and do a lot of amazing things and the UFC 151 cancellation, it was a tough moment in my career. I think beating Chael Sonnen, and after that beating Dan Henderson, would help me have closure to that whole situation. I think that’s what this is really about for me, putting closure to the Chael Sonnen invasion of my career and the whole 151 situation. I’m a championship fighter and I don’t think Chael’s really a guy that knows how to win championships. I believe in every way, shape and form that I will beat Chael.”

During yesterday’s UFC tele-conference, the champion, Jon Jones explained his reason for taking the Sonnen fight after previously stating he had no interest.

Listen to the full audio from the call below: