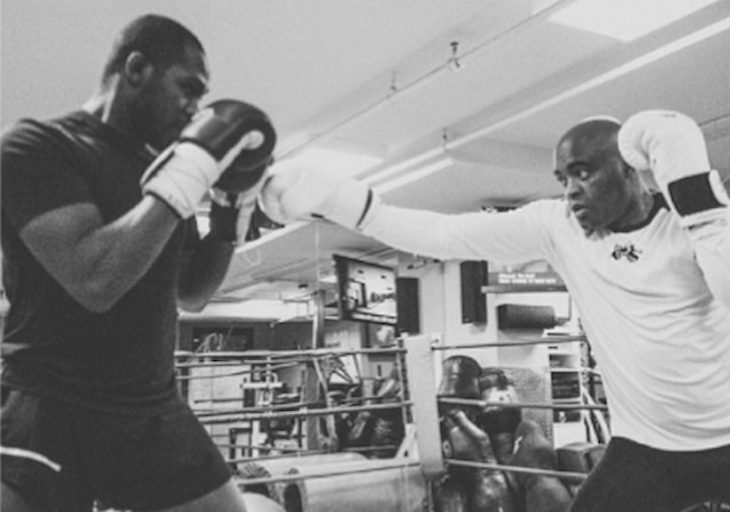 Following the UFC’s ‘The Time Is Now’ Press Conference last month, Jon Jones and Anderson Silva held a private sparring match in the UFC gym. The only footage of the sparring match was a picture (See that HERE), however, it has been greatly talked about since it went down. In addition, Silva said in a video that Jones is ‘crazy’ (See that HERE).

Now, Anderson Silva is speaking about the match, saying Jon Jones taught him a few things he didn’t know.

“It was a normal training, he did a few things, and I did a few things. It was a tough training for both of us. We learned a lot. He taught me a few things I didn’t know, I gave him a few tips. I like him a lot, and it was cool.”