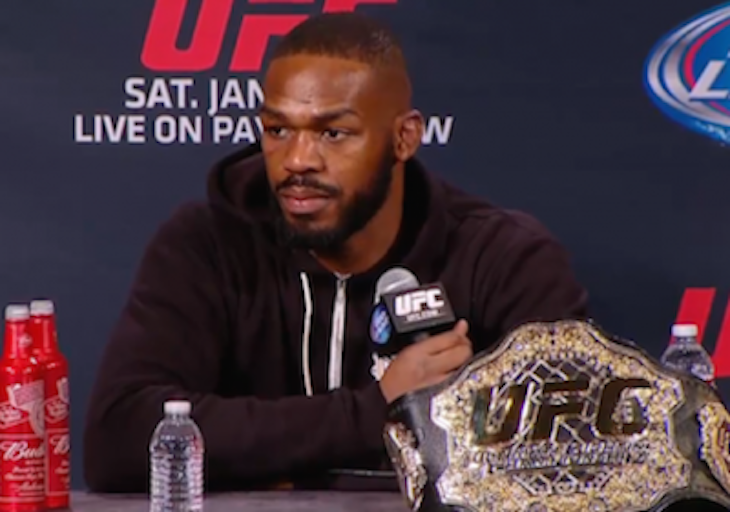 Jon Jones has consistently proved doubters wrong when it comes to defending his light heavyweight title. The champ is known for often fighting where his opponent is comfortable in an attempt to prove to doubters that he is the best fighter on the planet.

UFC 182 was no different, Jones fought in the clinch, where many said Cormier would have to fight in order to win, and even wrestled with the former Olympian, taking him down 3 times over the course of the fight.

He spoke at the post-fight press conference about why he had to earn respect from the wrestling community.

“My wrestling coach, he is a wrestling coach right now. A lot of these coaches in MMA, they focus on MMA wrestling. My coach, his high school wrestling team is ranked tenth in the nation. They have been for several years — Israel Martinez. He’s just very connected to the wrestling community.

“So, we had a chip on our shoulder. Our goal was to go out there, have faith in our wrestling to take him down, and to earn the respect from the wrestling community. I applaud the coach for building up my belief and believing in me.

“As far as beating him at his own style, I watched his fights so much, that I actually absorbed who he is. I absorbed grinding. I watched him against Frank Mir against the cage, and I was just like, I see what you’re doing there. I just watch my opponents so much I start to subconsciously inherit their talent and their gifts. So a lot of times you see me do exactly what they want to do to me do to them.”