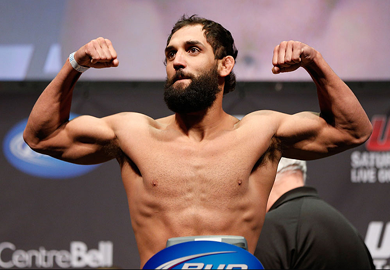 “What I don’t have respect for is implying that I’m on steroids when he knows nothing about me,” said Hendricks. “Has anyone accused me of steroids? Has anyone accused me of being on growth. Hell no… I’ve been clean my whole entire life. And here all of a sudden, some dude who doesn’t know me – he’s been accused the last six years of being on something – he picks me and says I must be on something because I don’t want to follow the Pony train to VADA. Get out of here.”

“If he needs that to beat me, I got beat by the drug. I don’t needs drugs to win. I’ve proven that. If I can’t be champ without drugs, I’ll never revert to drugs to be champ.”

“I can’t wait to deck the crap out of him. I want his eyes to roll back in his head. That’s my goal.””

“You’re about to retire. He knows that. The last six years, he’s been accused. Right? It’s accusations right? Word of mouth is very powerful. He knows that, I know that. If I sit there and I know, if I win this belt, I will definitely go to WADA, becauseHell I can afford it.”

“If we’re going to drug test, let’s do the hardest, toughest drug testing out there. That’s WADA. In WADA they do everything. They hold your sample for twelve years. If any new testing comes out, in that testing, they retest it. If you fail, then obviously you’re dirty.”

“If you want to be on it, be on it. If you don’t, who cares? Don’t drag my name through the mud because the last six years you were scared to do it.”