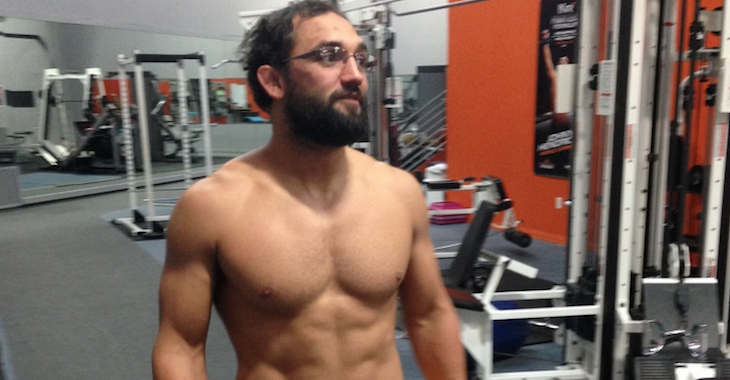 UFC welterweight Johny Hendricks recently appeared at UFC on FOX 15 and spoke with the media.

The former champion talked about his previous fight with Matt Brown and about the shape of the division at this time. Hendricks also spoke about his much talked about weight cutting issues. It seems as though the fighter has gotten it under control though and says he’s still sticking to his new diet.

Check out what he had to say about his weight and about a possible move to the middleweight division.

“My diet between fights is…don’t eat a whole piece Pizza. Eat a little bit of it. I’m still on my diet. Instead of blowing up to 220 (pounds), I’m at 202-203 (pounds). I’ve been lifting weights for the last month now. I’ve gotten back into the gym trying to fix up some holes.

“I’m feeling better about that. Even at training, I feel better at 202 (pounds) – 100 percent better than what I felt at 220 (pounds). I’m not as fat anymore. I’m actually doing more stuff; lift and stuff, and that is something that we got away from for about three years. We didn’t lift at all because I was always stronger than everyone else.”

“Let’s say that I wait until November-December, which for the last few years is nothing for me; that’s when I’ve been fighting – March and December. If something does happen and I make that move, I’m making it permanently.”