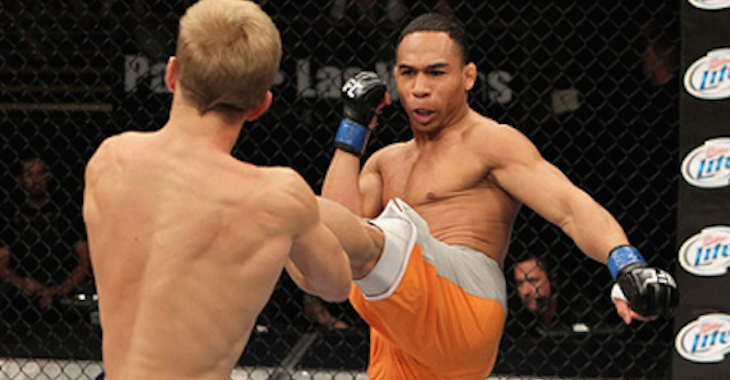 Upcoming UFC flyweight title challenger John Dodson is frustrated. He isn’t sure why everyones talking about current bantamweight champion TJ Dillashaw and flyweight king Demetrious Johnson as p4p fighters when he’s better than both of them.

Dodson said, at a recent UFC 191 media lunch, that he’s tired of those two being put up there with the best when he already KO’s Dillashaw and in his mind, defeated Johnson.

Dodson did defeat Dillashaw back in 2011 and there are plenty out there who say Dodson should have been given the decision when he fought Johnson.

“I’ve already destroyed [Dillashaw] and he’s talking about how he should be up on the pound-for-pound list. These guys are all just frustrating me and just bothering me, because I am better than both of them.”

Well, Dodson will have his chance to beat Johnson for real this time when they meet again this Saturday at UFC 191. As for Dillashaw, only time will tell if the two will ever meet again.