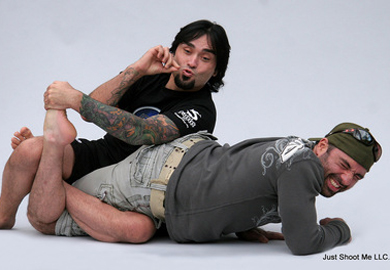 Vitor Belfort will face Chael Sonnen at UFC 175 pending he gets licensed by the NSAC to compete. This comes after he was removed from his title bout with Chris Weidman when the NSAC banned TRT exemptions. Prior to that though Belfort was randomly tested by the NSAC, and to this day the results of that test are unknown. The only thing said about it by UFC President Dana White was that several doctors “Disagree with the results of that test.”

Now Joe Rogan may have spilled the secret results of Belfort’s test on his podcast: The Joe Rogan Experience.

“They did it to Vitor…random drug test. And Vitor was on testosterone. That’s the reason that testosterone got banned in the first place. The whole thing went down when Vitor tested positive with the Nevada State Athletic Commission, after that. Before that, they were considering him for a testosterone exemption….And because he tested positive they scrapped the whole testosterone program.”