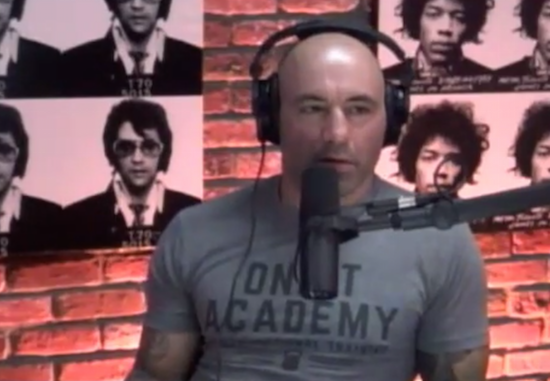 “Its’ not just that I wanted him to be careful, I wanted him to end it (his career). He was talking before this fight about when he’s going to get out. After the fight he talked about two-years. He had a four-fight, two-year idea.

The reality of getting head trauma, is its cumulative, and  guys who get knocked out a few times, it becomes easier for them to get knocked out again… It’s like buying a bunch of shit on credit, you’re waiting for the bill to come. You drive around in this nice car, you have this cool watch, but the reality is you owe a fuck load of money. You’re going to have to work your dick off to pay that shit.”

“The Chronic brain damage, that’s a debt you can never repay. You’re putting damage on your brain that doesn’t manifest immediately, it takes awhile…”

“I feel like with Schaub it was going to happen more often. And I fucking love that dude. He is a great guy. Brendan Schaub is a really interesting character, because he is this big hulking dude, but he’s a sweetheart. He’s the nicest guy. He jokes around about how he’s a dolphin in a shark outfit. He looks like a shark on the outside but he’s a dolphin on the inside.  He’s hilarious. He’s like really honest about everything but his fighting ability, or his position, he’s got a slightly elevated sense…”

Monday evening, Joe Rogan shocked the MMA world with his very public discussion with Brendan Schaub, and now he explains. His words on the subject continue in the video below.

If you missed the original story, you can get caught up RIGHT HERE!

FYI: In the video above you can skip to the 6:00 mark for the Schaub talk.