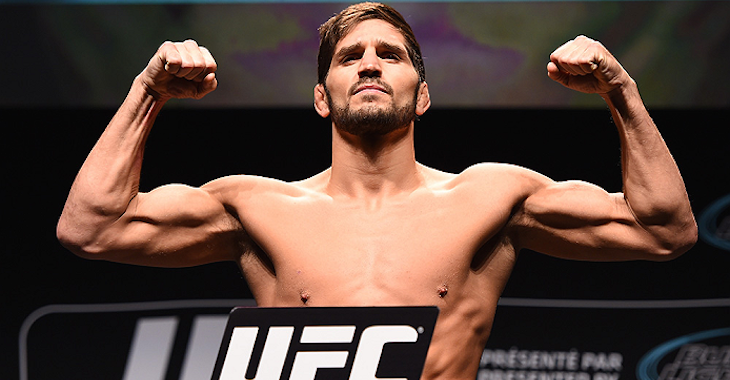 Joe Riggs put in a losing effort against Patrick “The Predator” Cote on the preliminary portion of “UFC 186”. While Riggs was defeated by way of the judges’ unanimous decision, Riggs may be hinting at another reason while he lost.

In a recent Facebook status through his wife’s page, Riggs commented on how slippery Cot was in the fight. Check it out:

“This Joe Riggs. My elbows are so swollen from those elbows. Lol Good fight Patrick Cote. The more i watched it you Cant get mad at any decision on a close fight like that.But Pats never been known as a dirty fighter but never in my whole career hace i ever lost back mount like that in a fight. Much less 2 times and it felt like i was trying walk my legs up a slip and slide. Lol But Im no saint myself. Ive been DQed for taking a iol bath the night before a fight so that when i started 2 sweat in tgthe baby oil would slowly started coming out of my poors slowly. But the body is dry when their checked before they fight. Lol not saying he did that. But if he didn’t then hes normally slippery as a oiled up Dong!”

Did you see the fight? Do you think Cote greased?