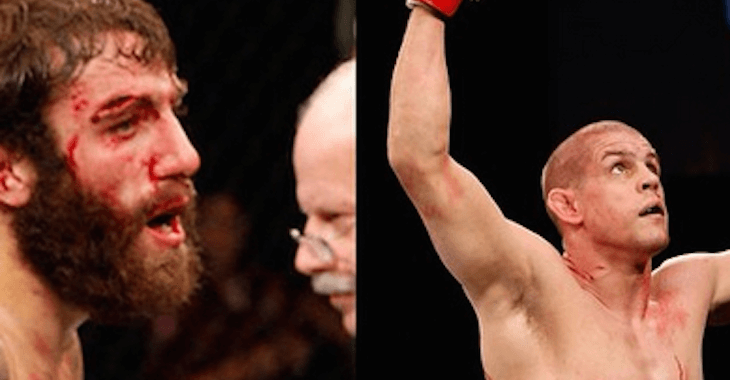 Joe Lauzon and Michael Chiesa met in the octagon back in September of 2014. The fight seemed to be on pace to be a war, then in the second round it was stopped. Chiesa had suffered a gruesome cut over his eyebrow and it there was blood everywhere. The cut was super deep and after stopping the fight to have it checked out by a doctor, the referee waved off the bout when the doctor recommended him to.

Obviously the alway game Chiesa was upset and was still ready to go. Well, it sounds like he might still be talking about it and Lauzon seems to be tired of hearing it.

J-Lau took to Instagram and shared the below post, with a picture collage of the fight and the word ‘Grow Up’.

Alright, I’ll give you the “W”… For Wahhhh. #growUp