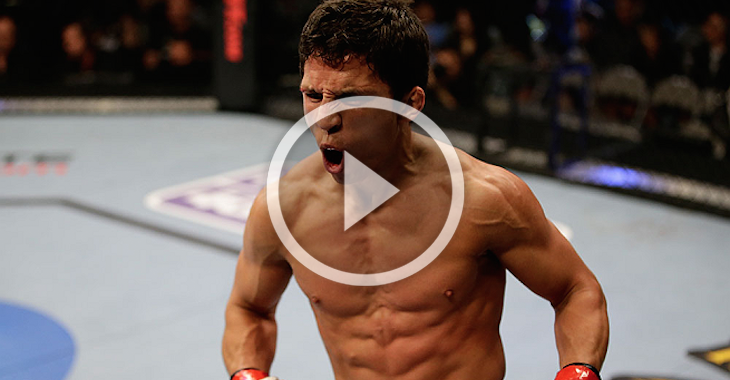 Joseph Benavidez aka Joe-Jitsu aka The Body aka The Beefcake aka Joe B-Wan Kenobi was a guest on Stud Show Radio this past Tuesday and talked all things MMA and non-MMA related.

The UFC flyweight helped break down this Saturdays UFC 184 fight card by giving his thoughts on several of the bouts. He also talked about his recently announced fight against John Moraga at UFC 187 in May. Also on that card is Donald Cerrone vs. Khabib Nurmagomedov. While the hosts of Stud Show discussed Nurmagomedov’s impressive winning streak, Benavidez chimed in with his thoughts on his opponent.

“I would go as far to say that Cerrone’s the most exciting fighter in MMA. He’s never in a bad fight.”

What do you guys think, is Cerrone the most exciting fighter in the game, or would you choose someone else?