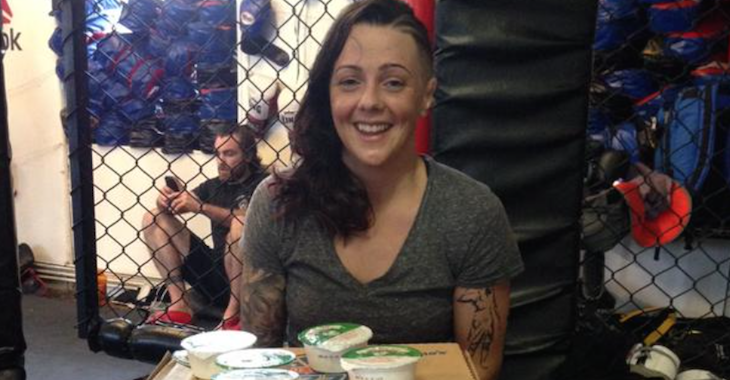 UFC strawweight Joanne Calderwood has to be feeling good. She just put on an exciting fight and got the win in front of her home country. At UFC Fight Night: Glasgow, Calderwood started a little slow against Cortney Casey, but then turned things up and put on a war until the final bell rang.

She ended up winning the unanimous decision and rebounding after her last disappointing performance.

Looks like Jo Jo has some celebrating to do!