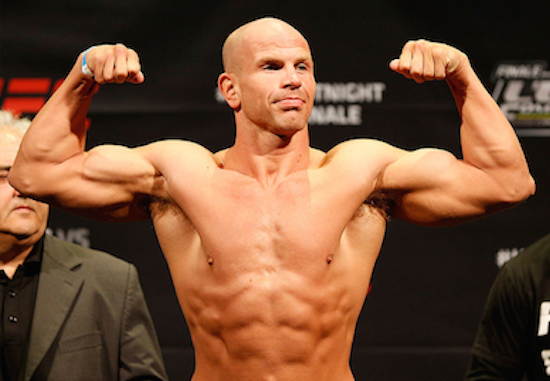 “The thing that people are mistaken of, ‘oh you’re not a company man’ or, ‘you don’t want to be there.’ I do want to be in the UFC and the fact that I’m trying to make a little bit of noise about this, proves it more than someone who’s just going to be in agreeance. I want to see the situation for fighters improve. I want the UFC to go on, I don’t want this lawsuit to cripple them. But I do want some of the business practices in regards to the fighters and some of the pay structure to change. I’m a company man, in the fact that I want to see change for the better so everyone will improve. So everyone is in a better situation. It’s hard to do that, I’ll tell you what, I was getting a little bit of flack, ‘why would you come on social media and say this?’ Well, we don’t have a Fighters’ Union, we don’t have a Players’ Association, there’s no one to go and talk to, to talk about these issues. Our only course of recourse, is social media. I don’t have Dana White’s phone number, I don’t have a union head I could go talk to. Is this legit, like what’s going on here. I have Dana White’s Twitter handle, I can contact him there and we don’t really have any other real recourse for communication for how to go about a change if something’s unfair.”

“I think that would be a good portion of [the UFC lawsuit] (is about money). The money would be like the details, so I think that’s all part of it. Guys have gotten severely raked over the coals with money. While the brass are making money hands over fists. There is more than enough wealth in this sport to go around. So guys who are fighting in the UFC don’t have to work at a coffee shop on the weekends just so they can keep their lights on or put food on the table for their family. You go to any other sport on the highest level – NFL, NHL, Major League Baseball, NBA and that just simply doesn’t happen. If you play in the NBA, if they have a second job, they do that because they like serving coffee. Not because they need the money. That’s an important aspect to really look at and understand. One time, I was talking to a really good friend of mine and he said, ‘I feel sorry for guys that fight in the UFC.’ I said why? He said, ‘Right now, I have a UFC fighter living in my basement, he fights in the UFC just so he can afford a piece of crap car. It’s dangerous work, you guys are really passionate about what you do and you’re so passionate about it, that sometimes you forego potential health problems.’ Like I’ve gotten broken bones before, guys are tearing their knees out, guys are getting broken bones in their face. It’s very dangerous work. If you look at the amount of money that it takes to train for a fight, the amount of money they’re paying to managers, agents, plus pay taxes, most guys are barely making it by. Unless something substantial has happened in their career. I’ve been lucky enough to do a couple of ‘Knockout of the Nights,’ but even still, I calculated my pay as $40-grand a year over the three years off what I did. But imagine if someone didn’t get a couple of knockouts of the night, that’s very bad pay. Especially for exceptionally hard work, dangerous work.”

In a recent interview with MMASucka, UFC light-heavyweight Ryan Jimmo discussed the UFC’s business model and it’s room for improvement.