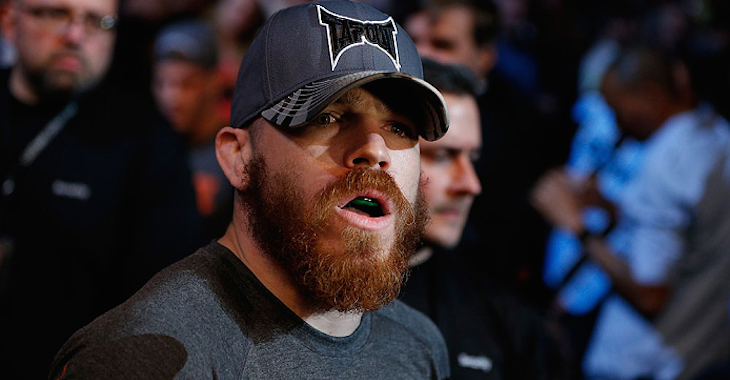 Veteran UFC lightweight Jim Miller will fight Danny Castillo tonight at UFC on FOX 16 in Chicago. Miller is taking this fight on relatively short notice, but isn’t worried about it and told Steph Daniels, Iain Kidd, and Mookie Alexander of BloodyElbow that he prefers it over a long training camp.

He also said that he feels like the UFC should somehow reward fighters who continually take short notice fights.

“Yeah, it would be nice to be rewarded in some way. This will be my 20th fight inside the Octagon, and when I step in there, it will be 20 fights that I’ve signed up for, and 20 fights that I’ve shown up for. Hopefully, I can get that little gold star on my attendance record, because that’s something that should be rewarded, as well. There seems to be a lot more guys pulling out of fights these days, so consistency and the ability to take fights on short notice definitely deserve some consideration.”
BJ Penn, Matt Hughes, & Frank Trigg Talk Fighting… Eachother — EPIC! – AMAZING! – MUST WATCH!