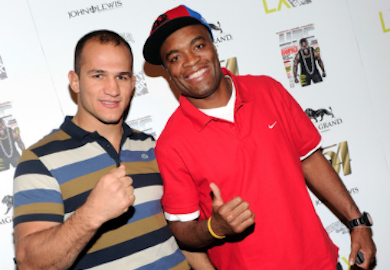 2013 was a terrible year for Anderson Silva.

He not only suffered his first ever UFC defeat, but he also lost his UFC title in the process and went on to severely break his leg in his rematch against Chris Weidman.

Fellow Brazilian and former UFC heavyweight champion, Junior dos Santos, spoke out against Weidman, stating that he only won the second fight due to an accident in the cage and not because he was the better fighter.

MMAFighting.com’s Guilherme Cruz got it:

“He proved he’s good and beat the best of all time. (But) the last fight was an accident.”

Does this damage the Weidman’s legitimacy as a UFC champion?