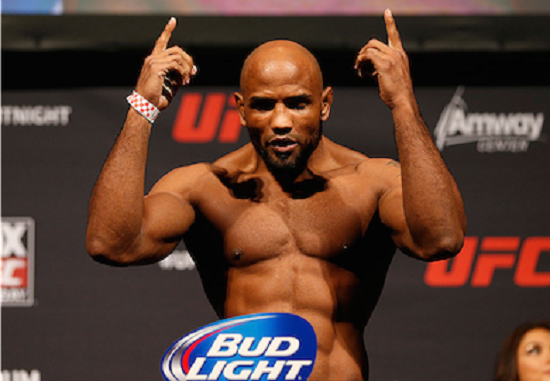 Top ranked UFC middleweight Jacare Souza is widely believed to be the #1 contender to Chris Weidman’s UFC strap after Vitor Belfort gets his crack at the champ in 2015.

However, UFC President Dana White stated that after Souza beat Gegard Mousasi, he would likely still need one more fight before getting a title shot. That’s where Yoel Romero comes in, the winner of 5 straight wins, and #6 ranked middleweight in the UFC.

Souza stated that he would be interested in a fight with Romero if he was guaranteed that the winner would get a title shot.

According to UFC tonight, the UFC spoke to Romero’s manager about potential fights.

“I spoke to his manager, and they asked the UFC for a fight in January or February. They want a top-five guy, a title-contender fight. I asked about Jacare Souza, and they said they would take it. I contacted Jacare and he said yes, he’d take the fight if it was a number-one contender fight.”