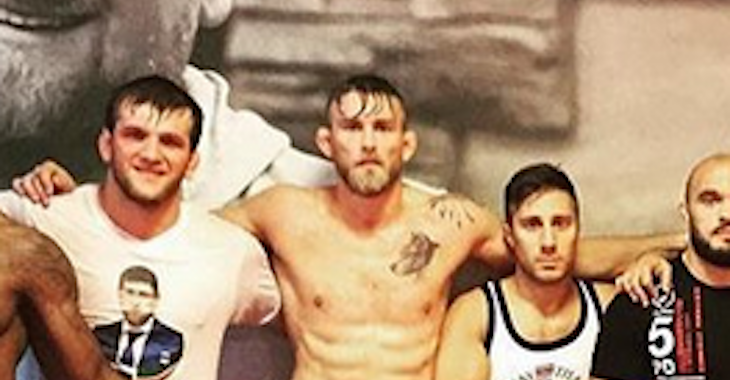 Alexander “The Mauler” Gustafsson may have lost his last fight, but that doesn’t mean he is not championship material! Gus has not stepped foot inside the octagon since his rough loss to Anthony “Rumble” Johnson in January 2015 and it looks like he has been putting in work since then!

Gus is one of the only men to truly take Jon Jones to his limit during his epic championship reign and he has the potential to do the same against Daniel Cormier at UFC 192. Gus has received criticism for earning a title shot even though he lost his last fight, but he is looking to prove his naysayers wrong with a championship-worthy performance.

It looks like he has been training like crazy and he could be in the best shape of his life! Check out the pic below and see for yourself.

Do you think Gus has what it takes to dethrone D.C.? Share your thoughts and predictions in the comment section below!