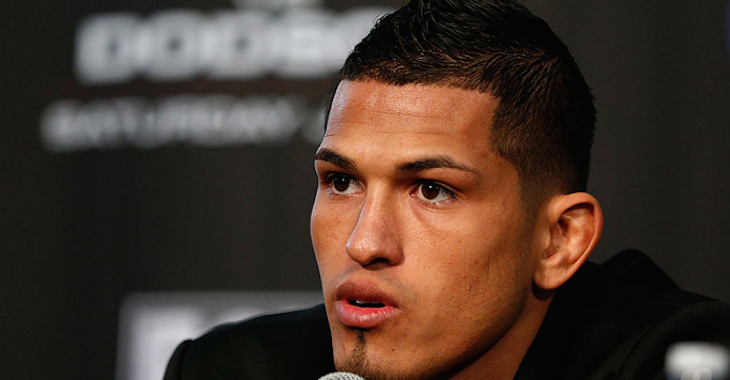 Say it ain’t so! Anthony Pettis has suffered an injury and has been forced to pull out of his hometown bout against Myles Jury at “UFC on FOX 16”. “Showtime” injured his elbow while training and could be sidelined for up to seven months. The news was announced on “Fox Sports Live” on Thursday evening.

I guess this makes an Anthony Pettis vs. Khabib Nurmagomedov match a no brainer.

Taking “Showtime’s” place against Jury will be Edson Barboza. Myles Jury is ranked at #8 in the lightweight division just under Barboza. After suffering a tough loss to Michael Johnson, Barboza will be looking to get back to his winning ways at “UFC on FOX 16”.