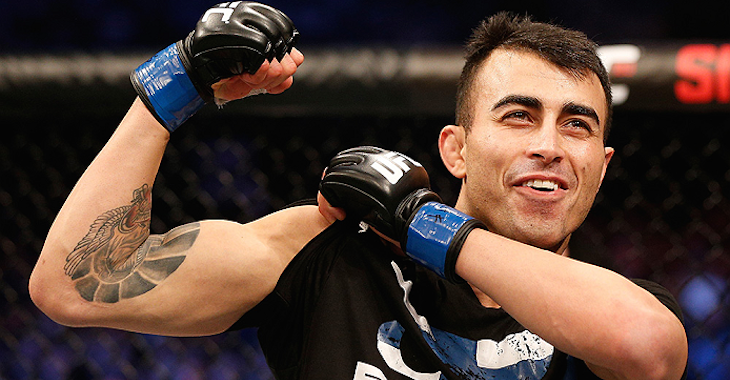 26 year old Makwan Amirkhani is undefeated inside the octagon and has two wins in less than two minutes. He only needed eight seconds to dispose of Andy Ogle in January when he blasted him with a flying knee. Now, he wants to move on to bigger and better things and he has his sights set on Dennis Siver.

“After this fight, I knew that only the sky is the— actually there’s no limits,” Amirkhani told MMAFighting. “I was looking at myself in the mirror and asking myself, can I be a good opponent to guys in the top-15 in the world? I can be. Now I just want to train and get much better, then I’m going to make Dennis Siver retire.”

It isn’t farfetched to say that Amirkhani could be the next big thing to come out of Finland. He is hoping to inspire the people of Finland with his success inside the octagon. “That fight was more important than my (first) fight in Stockholm because people were doubting,” Amirkhani said. “I told you, and I told everybody else, that I want to end this fight in the first round. Really fast, just to get people to my side in my country, Finland, and let all of the Kurds know that they have a new role model.”

Do you think Amirkhani has what it takes to hang with the top fifteen? Does he need to prove himself more? Share your thoughts in the comment section below!