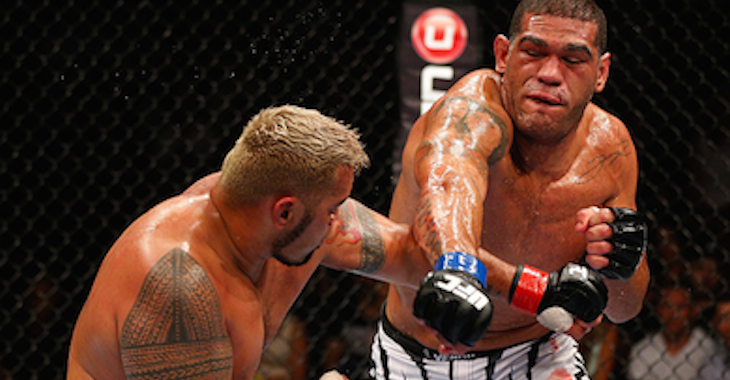 UFC president Dana White is calling this the rematch to the greatest heavyweight fight in history. Whether you agree or not, you’ve got to admit it’s at least up there with the best. Mark Hunt vs. ‘Bigfoot’ Silva was a war that ended up going five rounds and received a draw from the judges.

Now, the two will meet again at UFC 193 and this time, Hunt doesn’t see it lasting even the three rounds that it’s scheduled for this time around.

Here’s what he told Submission Radio about the fight:

“It’s a three-round fight I think this one, and I don’t think it’s going to go three rounds at all. And I already I started my pre-training way before, to help with Soa’s camp, and I’m just back home now. So I’m gonna be getting into my training and starting my camp in the next couple of weeks, three weeks. So I’ll be in tip-top shape, and I won’t make the mistake I did last time. I was up having to cut weight. So I’ll be fine.”

“It will end pretty quickly, I say.”