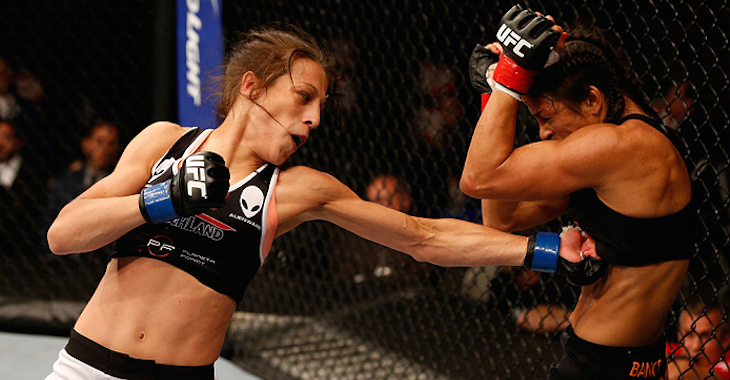 Juliana Lima was triumphant in victory this past Saturday night at UFC Fight Night 67, but her debut loss to Joanna Jedrzejczyk was taken in stride as she knew she lost to a future champion.

“I knew that Joanna Jedrzejczyk would eventually be champion,” Lima told MMAjunkie. “She’s very long, has very quick boxing, and is very difficult to take down.”

“People would say that I lost to an unknown fighter. But I knew she wasn’t just anyone, and that she could be a future champion.”

Julianna Lima is now riding a two fight win-streak with her performance against Ericka Almeida this past Saturday and could be on track for a shot at redemption against Jedrzejczyk.