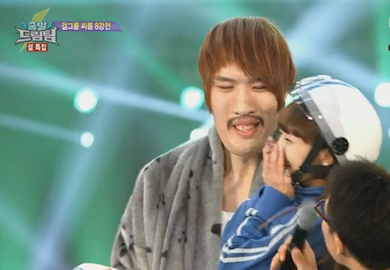 According to reports, Hong Man Choi is looking for a comeback.

The gargantuan 7’2″ MMA veteran’s last victory came back in 2009, over Jose Conseco, as part of the DREAM Super Hulk Tournament.

He lost in the semi-finals to Ikuhisa Minowa, and hasn’t stepped inside the cage since.

MMAFighting.com‘s Ariel Helwani has the scoop on his potential return:

Hong Man Choi’s return to MMA may have been delayed recently, but the seven-foot-two South Korean is still considering fighting again.

Choi was scheduled to fight Carlos Toyota on Sept. 12 at Revolution 2 in South Korea, however, he withdrew just hours before the fight due to a money issue with the promotion.

According to a source close to Choi, he’s still hopeful to resume his fighting career in the near future.