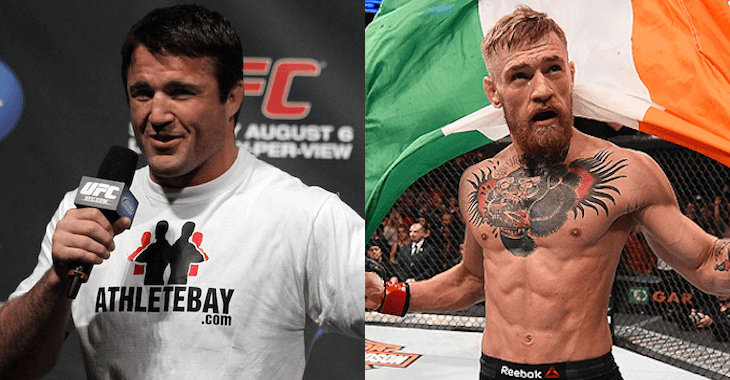 Trash talking in sports can be a crucial part of an athlete’s offense. Whether it’s in the octagon or on a football field, it’s a way for someone to get in the head of their opponent before the contest ever takes place. In mixed martial arts, words can be used as a way to take your opponent away from his strategy and make them fight emotionally rather than methodically.

We have seen amazing talkers come and go in this business, but few rival the levels that former UFC fighter Chael Sonnen reached. Sonnen teetered on the point of professional wrestling promos with the scathing interviews he would cut. Whether or not he believed what he was actually saying wasn’t the point; Fans were paying to see Sonnen win or lose and any fan reaction at all is a good thing.

Interim UFC Featherweight Champion Conor McGregor is fast approaching Sonnen status of trash talking and could be on the verge of surpassing him, though! The one-liners that McGregor dropped at the “Go Big” press conference were priceless and caught everybody from heavyweights to women’s strawweights off-guard.

Sonnen has decided to take aim at McGregor and wants to challenge him to a talk-off! Check out Sonnen’s series of tweets to McGregor below:

1 stage 2 mics. We do it for charity. He's gonna need more than cheep whiskey to out spit the Original.

Whenever I see you in a new suit, I know some Grandmother somewhere is missin' a table-cloth http://t.co/3rAE4pZvok pic.twitter.com/vLu5md6Cg5

Does your father still stand behind you and tie your tie or do you buy clip-ons under a fake name??? http://t.co/3rAE4pZvok

It's called MIXED Martial Arts, not a MICK'S Martial Arts. Go back to hurling and doing the RiverDance http://t.co/839gcxblMs

Did Sonnen take it too far with the slur at the end, or was it all in good fun? Share your thoughts in the comment section below!