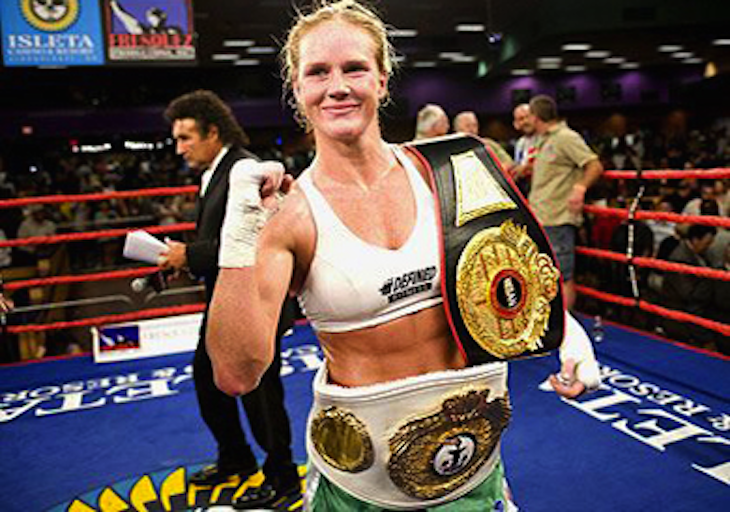 A highly anticipated bout between Holly Holm and Raquel Pennington is reportedly in the works for UFC 184 in February, which takes place from the Staples Center in Los Angeles.

The bout, which was originally supposed to go down at UFC 181 but was postponed due to Holm sustaining a neck injury, has not been formally announced by the UFC yet, however MMAJunkie confirmed the news with multiple sources.

Holm will be making her UFC debut on the card, and putting her undefeated 7-0 record on the line as she faces Pennington who is 2-1 in her UFC career, and coming off an impressive win over Ashlee Evans-Smith.

The full fight lineup for the event is currently as follows: