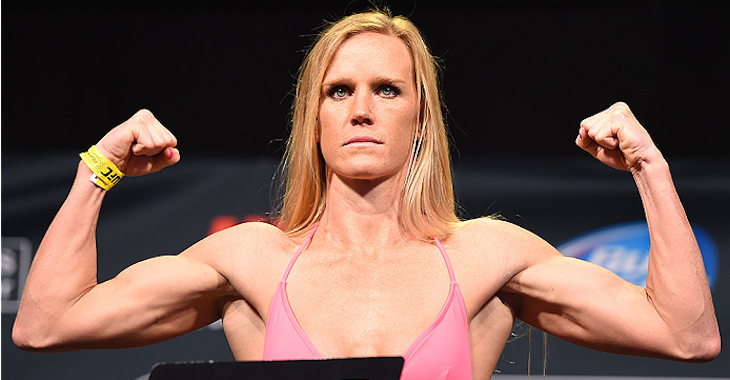 Does UFC bantamweight Holly Holm know why the UFC picked her to fight Ronda Rousey, instead of Miesha Tate? No, and she really doesn’t care.

‘The Preacher’s Daughter’ appeared on ‘America’s Pregame‘ and talked about the newly announced title fight. Perhaps the first question on everyones mind when Rousey announced she would be fighting Holm was ‘what about Tate?’

We now know that the decision, according to UFC president Dana White, was due to Tate fighting and losing to Rousey twice already. They felt it was a good idea put in someone new. Insert: Holly Holm.

She really isn’t concerned with why, just that it happened and now she has the biggest fight of her life in front of her.

“Maybe it’s one of those things where they just want to test me out, kind of throw me out there. Maybe it’s because they really feel I’m ready. I don’t really care too much of the why. I just want to make the best of the situation.”