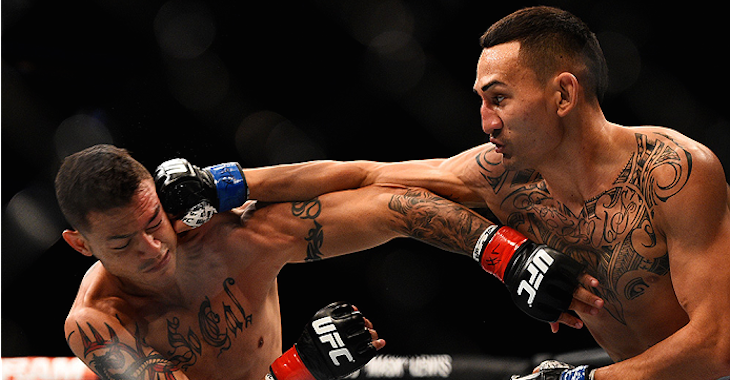 “People might look at you and say, ‘You’re arrogant,’ and this and that. But no, I’m not. I’m just a confident man. Just ’cause you question yourself doesn’t mean I should question myself. If they want to prove it, bring on all comers. I’d love to prove I can strike with the best of them.”

UFC featherweight Max Holloway will fight Tomorrow night at UFC Fight Night: Saskatoon, when he takes on Charles Oliveira in the main event.

Ahead of that scrap he told MMAJunkie that he truly feels like he is the best striker in the world and wants to go out there and prove it.

Do you think Holloway gets it done against Oliveira?