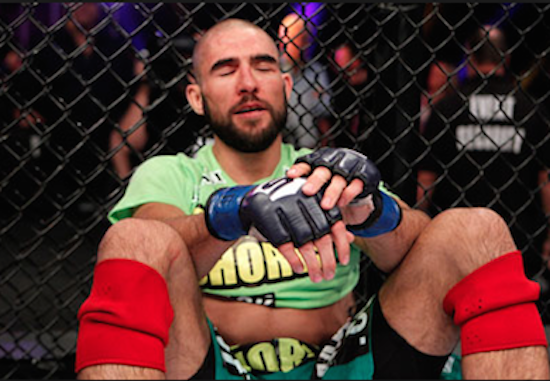 In 2010 ZUFFA LLC implemented a layer of protection for fighters in order to help weed out sponsors who lacked a real ability to pay.

It was dubbed “The Sponsor Tax”. Basically, without getting into too much detail, any company wishing to sponsor a fighter inside the Octagon would first have to pay ZUFFA a fee. This ability to pay was supposed to help fighters, who would otherwise be allowed to work with smaller, sometimes shady companies, who would often stiff their athletes after being promoted on TV.

A Strikeforce fighter, who experienced the UFC takeover, and fought once under the UFC banner, Conor Heun, just came out with his personal experience with this policy.

And it wasn’t good…

In 2010 before the Zuffa Sponsor tax, I was making 16k from sponsors per fight. My dollars dropped to less that 3k per fight post Zuffa tax.

Recently the UFC has found itself under-fire from multiple sides. Signing CM Punk, and a uniform deal with Reebok have  both been controversial decisions. Add a class-action lawsuit to the mix, and public opinion of the company would seem to be at an all-time low.

While some fighters seem to have legit concerns with how they were treated under the UFC’s employ, these isolated instances do not account for everyone’s experience.

The UFC is awesome, it’s why we’re all here.  Just remember that.