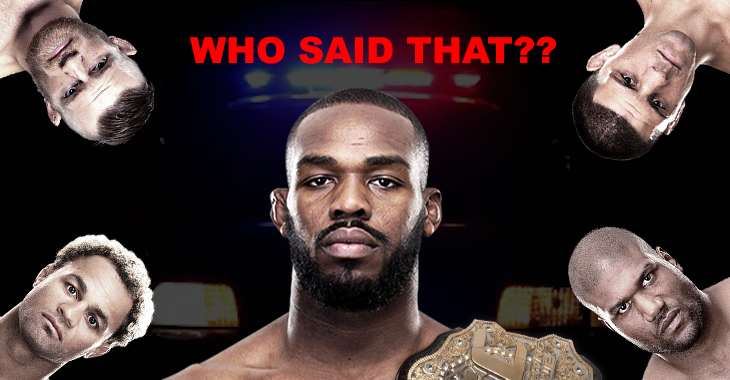 UFC Light Heavyweight Champion Jon Jones has had another run in with the law and this one could cause him his gold. While some fighters have shown support for Jones through his rough times, others have been having a field day with it! Now, it’s Josh Koscheck’s turn to throw in his two cents!

He's in love with the Coco and he's running from the popo.

Even though Jones has a small history of cocaine use, he has not been accused of having drugs or alcohol at the scene of the crime!