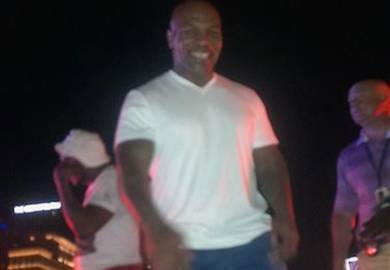 Ryan Chesley tells TMZ … he was on his way to Las Vegas this week when a cab cut him off on the freeway … sending him flying off his chopper.