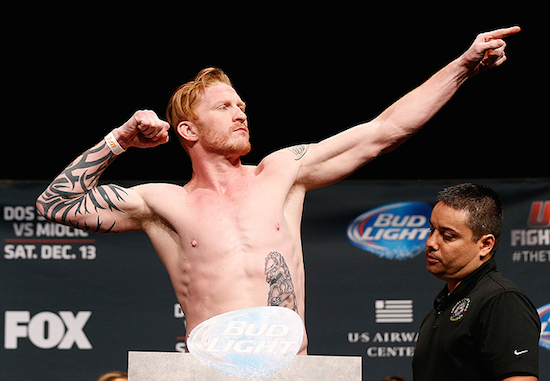 A middleweight grudge match between Ed Herman and Derek Brunson has been rebooked for UFC 183.

UFC 183 goes down on January 31, from Las Vegas. In the main event, Anderson Silva returns against Nick Diaz.

Herman and Brunson were originally scheduled to square-off on the UFC on FOX 13 Preliminary card. Brunson fell ill on fight night, forcing the last-minute cancellation of the bout which ignited  a feud on twitter shortly after.

The two will now settle their differences on a stacked card: