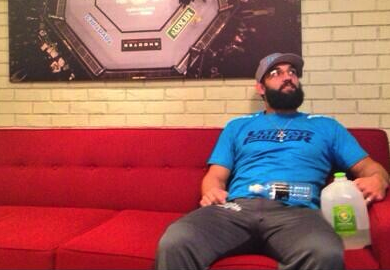 UFC Welterweight champion Johny Hendricks joined Majority Draw Radio to talk about the welterweight division and his desire to eventually move up to middleweight after clearing out the 170 pound division.

“Here’s the difference between me and Georges,” the Texas-based champ told Majority Draw Radio, “That if I do clear out the division and Dana says, ‘Hey, Chis Weidman cleared out the division’… If Dana says, ‘Johny, want to fight Chris Weidman?’ I’m not going to say no.”

Hendricks went on to say: