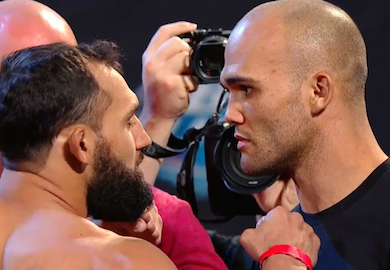 Johny Hendricks found out who his next opponent will be this past Saturday when watching Robbie Lawler capture a decision victory over Matt Brown at UFC on Fox 12.

Today he joined Ariel Helwani on The MMA Hour to discuss his rematch with Robbie Lawler, and how fighting with two arms this time will make the fight more interesting. He also spoke about his desire to rematch GSP.

“I was torn between those two,” he said. “One, yeah, I can face Robbie Lawler healthy, [with] everything going right, get in there and see if it is as close a fight as it was the first time. Because I’m healthy, both arms are active, I can do a lot more.