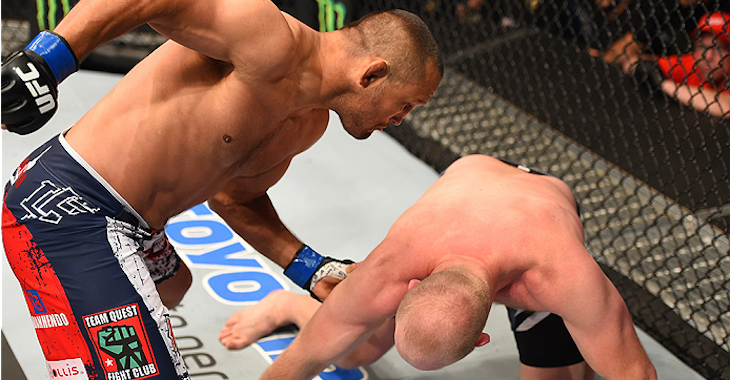 “It was very gratifying. (It was) kind of something to prove to myself as well as fans or anyone else who had doubt that I’m still able to compete with the top guys in the sport, you know? I know that Tim Boetsch wasn’t ranked as high as some other guys that I’ve fought, but he’s dangerous and I don’t think he’s been stopped like that before, so it’s nice to finish him like that.”

UFC and MMA legend Dan Henderson went on The MMA Hour and talked about his recent, stunning, KO win over Tim Boetsch. Henderson believes that win proved he can still compete with the top-level of fighters in the UFC.

The 44-year-old’s still got it, who should he fight next and do you think he can still make a run at the title?