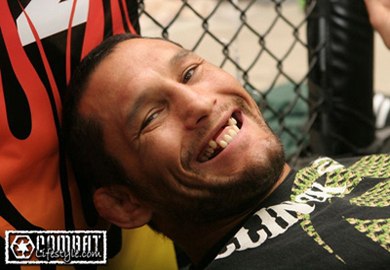 Henderson had been scheduled to face Jones for the title this past September in the main event of UFC 151, but was forced out due to a knee injury a week before the event.

Henderson will now reportedly take on Lyoto Machida in a #1 contenders match sometime in the new year.