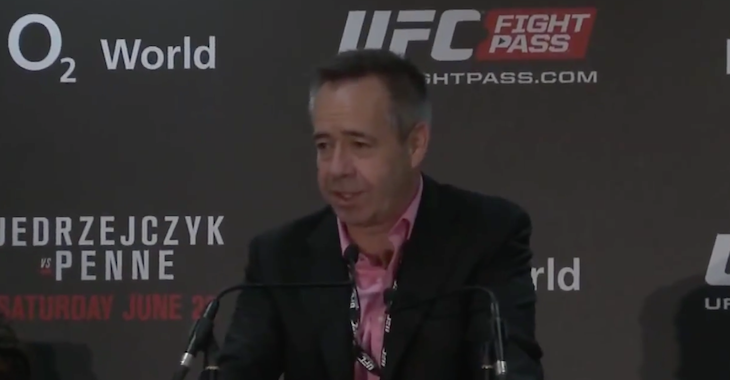 It was a sudden departure for UFC’s senior vice president and general manager of Europe, Middle East and Africa, David Allen.

Allen was given the position just 6 months ago and was just seen running things at UFC Fight Night: Berlin this past weekend. MMAFighting confirmed that Allen has left the position due to ‘personal reasons’ according to the UFC.

There has been no replacement announced for the position. The next event to take place in Europe is July 18 in Glasgow, Scotland.