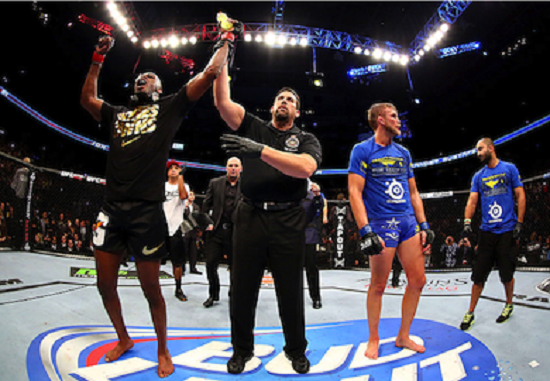 With a highly anticipated UFC 182 light heavyweight clash between Jon Jones and Daniel Cormier looming, as well as the UFC on FOX clash between Alexander Gustafsson and Anthony Johnson for the #1 contender spot, many fans have been discussing who they would like to see win the belt, and who they want to challenge for it.

Alexander Gustafsson spoke to Ariel Helwani on The MMA Hour to discuss why he wants to fight Jones, not Cormier, and why he wants to be the one to take the belt from Jones.

“Well, I think ‘DC’ is a great athlete and a great person, so, like I said, it would be great to see him win because it would mix things up and he’s a great fighter. But at the same time, it’s personal and I want Jones to win because I want to fight him and If I take the belt away from anyone, I want it to be from Jones and not ‘DC’.”

Who do you want to see emerge as the light heavyweight champion in 2015? Let you opinions be heard in the comments section!