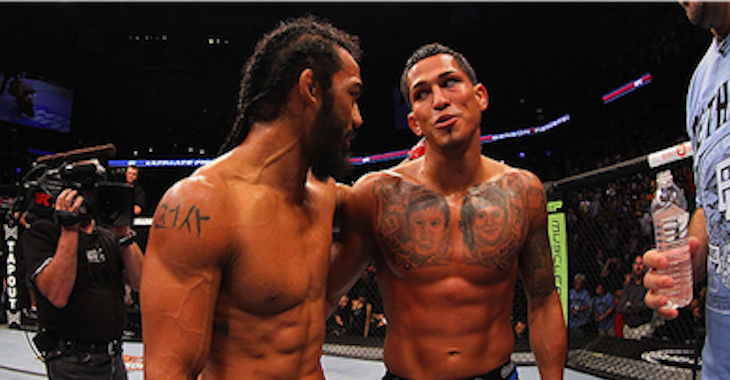 Former UFC lightweight champion Anthony Pettis is heading back into training to prepare for his next fight.

Pettis has not fought since losing the belt to Rafael dos Anjos back in March at UFC 185. He was scheduled to return and fight Myles Jury at UFC on FOX 16 in July, but was forced to withdraw from the bout with an injury.

Since then he’s been sidelined but it looks like the former champ is ready to start is journey back to the top. Pettis went on his Facebook page and announced that he has been cleared by his doctor to resume training.

The lightweight fighter has had back and forth feuds with fellow top lightweight Khabib Nurmagomedov and a lot of people point to that fight as it would be a return for both fighters after each having to deal with injuries.

I have been approved to start training. I am beginning my climb back to the top of the UFC today. Thank you for all your support #ShowTimeNation

Who do you want to see Pettis go up against first?