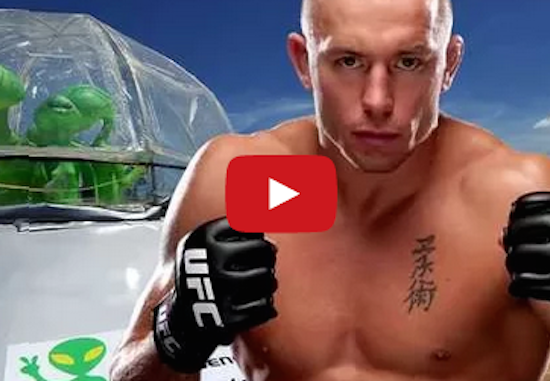 Before anyone starts ripping into to GSP too hard, let me just preface this story by stating that, I myself am a believer in extraterrestrials.

The fact that the former UFC champ is addressing this topic publicly, is not only entertaining, but also fascinating to us believers.

“It’s very weird stuff, and I heard it . . . a guy like, I think it’s Hershel Walker, it happened to him too . . . it’s a disease or something, but I have not been diagnosed by that disease that they talk about.”

Hit play to listen to the full segment.