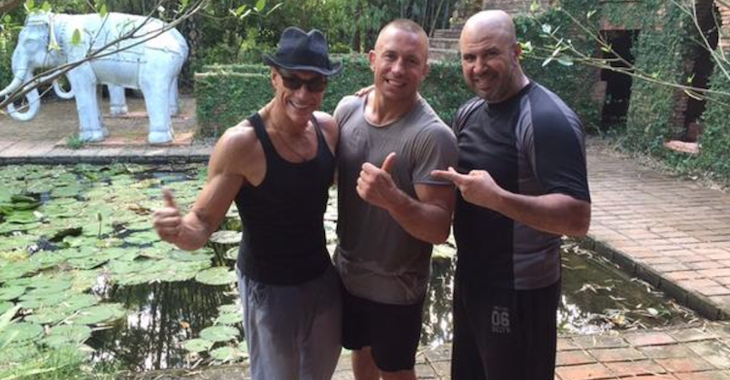 GSP is currently filming the new ‘Kickboxer’ movie in Thailand with the original star Jean-Claude Van Damme. The two have posted a few picture of themselves enjoying each others company, and here’s another one!

Are you guys excited for the remake?

On the set in Thailand with the 2 legends and stars of the original Kickboxer movie! pic.twitter.com/rywB0cN26G