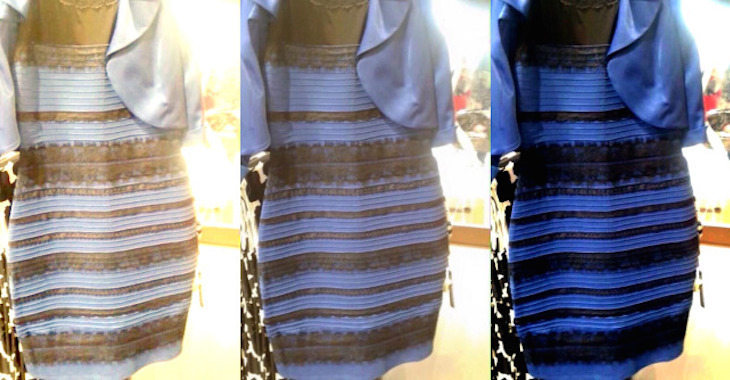 The world is bananas over this dress.

Some see it as white and gold, others as black and blue. But what about the fighters?

Blue and black or white and gold?!

This whole dress thing is driving me nuts! It's whatever color combo you want it to be. Either with the shadow or without lol come on man!

What the fuck is the deal with the dress? What is everyone all worked up about? It's just an ugly dress.

What colour is this dress? pic.twitter.com/0WnFS9XeFK

I don't give a fuck what color that dress is.