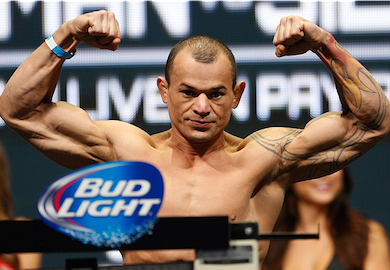 UFC welterweight Gleison Tibau said despite being a professional fighter since the young age of 15, he sees a future in the baking industry like his father. He spoke to MMAJunkie about it.

“I’ve been a professional fighter since age 15. I currently devote my sweat and blood to my career. But there’s only so much abuse a body can take,” Tibau told MMAjunkie. “When I retire, I want to move back to my hometown of Tibau in Brazil and start up a baking business. I’ll remain big a fan of the sport, but I won’t be teaching or cornering fighters. Nothing. One of my dreams is to open a great cookie and bread factory. My father was a baker for many years. But I’ll keep eating healthy and exercising because I wouldn’t want to be an overweight businessman.”

“I never imagined a KO would happen to me in our weight class,” said Tibau, who arguably is the UFC’s biggest lightweight. “But a setback can be compared to shooting an arrow – the more you pull back, the truer your aim.

“The fans should expect to see a new Tibau. Despite my injury, I never stopped training. Expect me to be more versatile and to bring a different style. I’ll surprise a lot of fans on fight night.”