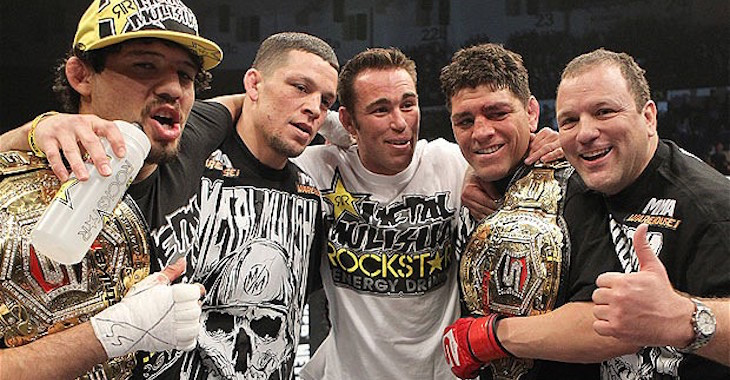 Even though they have separate training camps, Nate Diaz and Gilbert Melendez can always be seen honing each others skills.

After his octagon victories, Diaz would usually be heard singing the praises of his teammates including Melendez, saying he was the best lightweight in the world despite being in rival promotion Strikeforce. Likewise, Melendez would declare Diaz as one of the best in the world in his post-fight speeches.

They both have a scrappy no-nonsense style that carries over into their gyms and it translates in the picture below.

“Sparring [Nate Diaz] always a battle. We have put in hundreds of rounds with each other.”