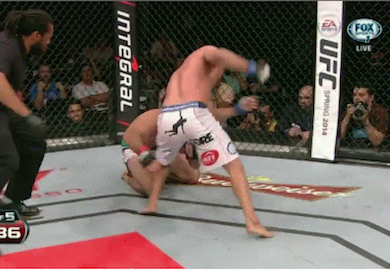 Tonight’s main event between Dan Henderson and ‘Shogun’ Rua lived up to the hype.

After a ‘Fight of the Year’ worthy first bout in 2011, the two MMA legends returned to the cage tonight in Natal, Brazil for a rematch that picked up right where the duo left off at UFC 139.

In the end, after dropping the first two-rounds, Dan Henderson found his mark and put ‘Shogun’ away.