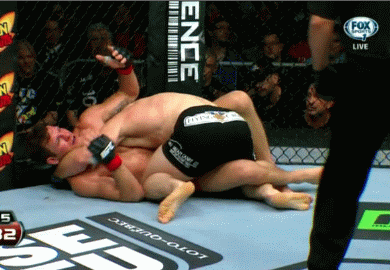 Earlier tonight on FOX Sports 1, Michael Bisping and Tim Kennedy went to war for five straight rounds. In the end, Kennedy turned in a fantastic performance and in doing so earned a decision victory over the count.