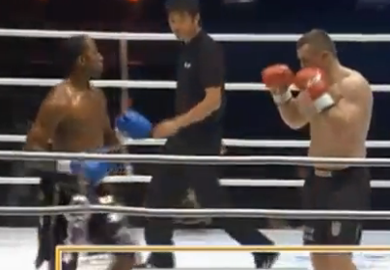 It wasn’t without a bit of controversy though.

I’ve included a GIf of the incident below for the impatient but you can find the full video of the fight on page 2.