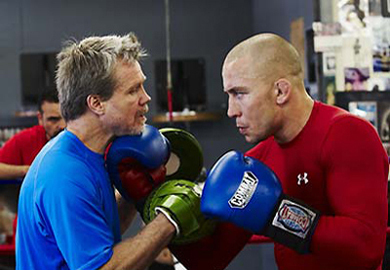 •Had a quick convo with Freddie Roach, told me some interesting stuff about St Pierre

•GSP agreed with him because Roach said a two year break would be retirement.

•Roach also said that St Pierre was getting a lot of migraines before his fights.

•The plan was for both Silva and St Pierre to fight if they won their fights with Hendricks and Weidman.

•The fight would of been a catch weight. As Roach advised GSP to ask for that.

What is your take on the recent statements made by ‘Coach Roach’ Penn Nation? Do you think GSP will return before the end of 2014? Sound off!